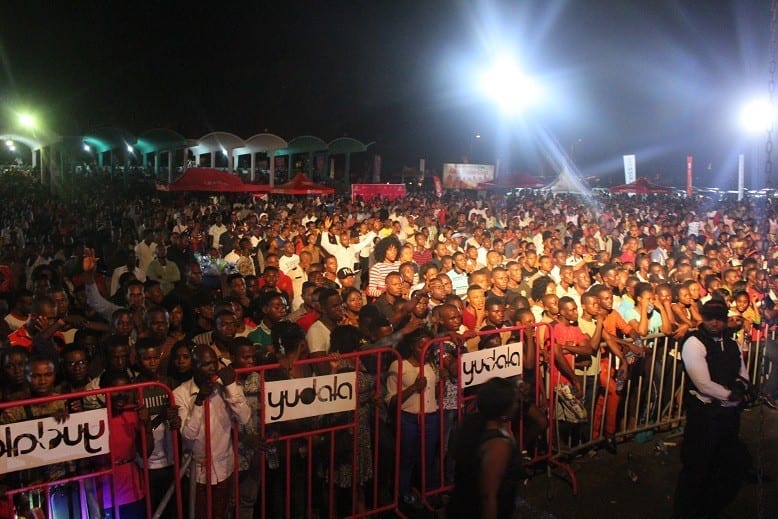 In the history of man’s communication with God, music has proved to be a very powerful tool. Right from the time of the Israelites down to our present age, praise and worship through music has never failed as a means of receiving immense blessings from the Almighty. As a man of God who believes firmly in the power of praise, one conviction that I have stuck to in all my years in the service of the Lord and which has served me well is: “He who praises God prays twice.”

As one of the privileged attendees at the Yudala Zero Gravity Gospel Concert which held at the Federal Palace Hotel on Sunday November 20th, I cannot help but pen these few words of appreciation to God and the Management of Yudala for touching many lives through this event.

By virtue of my position as the Senior Pastor of Living Faith Ministries with headquarters in Enugu, I had the opportunity of attending the Yudala Zero Gravity Gospel concert hosted at the Michael Okpara Square in Enugu and it turned out to be an experience that would remain ever fresh in my memory. Fortunately, a religious convention brought me to Lagos on the weekend of November 19th and 20th which gave me the opportunity to also attend the Lagos edition at the Federal Palace Hotel, coincidentally the same hotel we were lodged in.

It has been a soul-lifting experience all the way. Yudala is doing something rare and unprecedented in this country by supporting the Gospel. I must commend the Management and staff of the company for this noble gesture which can only mean well for the future of our great country Nigeria and the lives of our youths. I also wish to seize this opportunity to urge other corporate organizations to borrow a leaf from this amazing company.

I have attended several Gospel music events both in Nigeria and beyond. However, I must confess that the Yudala concerts remain one of the best I have ever witnessed. Yudala surely made it a memorable experience for all attendees, especially considering the quality  of artistes that performed at the events.

At the Enugu concert, the turn-out was amazing and the same thing was seen here in Lagos. I also learnt that a similar Gospel concert was hosted by Yudala in Abuja, although I didn’t have the opportunity of attending that one. Imagine the number of souls that have found their way back to Jesus through this avenue! God will certainly not fail to honour such a credible and responsible organization.

When I received the letter of invitation addressed to my church, I had no idea it was going to be such a big event. Since the Gospel concerts was being organized by a corporate organization, I was of the view that Yudala would be charging a fee for attendance but this did not discourage me from encouraging my members to attend.

You can imagine my pleasant surprise when I got to the Michael Okpara Square in Enugu – venue of the event on November 6th only to discover that admission was free. As was the case in Lagos, Yudala also assembled a very prominent line-up of artistes to minister to the crowd.

The Enugu event was a pointer to the huge impact Yudala is creating in the lives of our youths. The crowd that attended the Yudala Rock Gospel concert at the Michael Okpara Square in Enugu was unprecedented. I have never seen anything like that in my entire life.

During the performances, many were falling down under the power of the anointing. A lot of divine healings were also recorded. I was almost moved to tears when one of the artistes – Chioma Jesus, I think it was, asked everyone to go on their knees before God at the venue during her performance.

The Executive Governor of Enugu State, Ifeanyi Ugwuanyi, the Deputy Governor, Cecilia Ezeilo and the entire State Government cabinet, as well as the Deputy Senate President, Dr. Ike Ekweremadu who was also in attendance – everyone complied. At that moment, all titles and positions of authority did not matter. Big or small, everyone in attendance that day were all united as one body in Christ.

There was also a huge response during Frank Edwards’ performance and altar call when he asked all who desired a new beginning in Christ to raise their hands. Many souls certainly received the message of salvation that night. A lot of prophecies and divine ministrations also went round to the many gathered at Okpara Square on that fateful day.

For over two hours, Frank Edwards remained on the stage because the crowd simply refused to allow him go. He was the last artiste to perform the night and crowd did not want the joyful experience to come to an end.

The Lagos edition was also remarkable. Imagine an event that had major artistes like Frank Edwards, Chioma Jesus, Joe Praise, Sammie Okposo, Tope Alabi, Sola Allyson, Chinyere Udoma, Prince Gozie Okeke, Buchi and Enkay in attendance. A lot of youth were equally in attendance and many of them had life-changing encounters with God at the venue.

Apart from the impact on the youths, the Yudala Gospel concert in Lagos also attracted many dignitaries.  I spotted quite a few of them including the former Governor of Anambra State, Peter Obi, former UBA Managing Director, Phillip Odozua; Managing Director of Airtel, Mr. Segun Ogunsanya and several Bank MDs. I also met many other colleagues; anointed men of God and Senior Pastors of major churches at the event. All of us were in attendance to worship God in praise at the event.

It is rare to see an event in which the rich and poor, young and old can come together as one without any discrimination or harassment. All of us stood and praised God together in the open air without any embarrassment or disturbances. Yudala made it possible!

Another factor that made the Yudala Zero Gravity Rock Gospel Concerts memorable was the high standards witnessed. The sophistication of the set and multi-media equipment – lighting, sound and other effects, the list of major artistes on display and of course, the atmosphere of divine praise witnessed in Enugu and in Lagos was unprecedented.

As a man of God, I must confess that I was richly blessed at the Yudala Gospel concerts. I know the same applies to many other persons who attended the events. There is something about praising God which unlocks innumerable blessings for His people, even more quicker than actual praying.

At a time such as the one we are currently passing through at the moment; these are the kind of hope-inspiring situations that millions of Nigerians are looking for. God is never far from His people. Through Yudala, many have been brought closer to God to receive blessings and most importantly, renewed hope in a better tomorrow. There is no other company doing this in Nigeria at the moment.

God bless Yudala for bringing these glorious events to us absolutely free of charge.

How Managed IT Services Can Help Transform Your Business 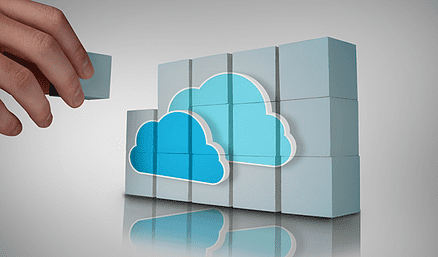 Does Your Business Need a Multi-Cloud Strategy?

Cloud Computing Can Keep your Business Running Amid the Coronavirus Disruption