It is no longer news that Facebook, largest social media has our details intact, thus stepping up it’s game to another crazy level of reading people’s mind.

Personally, I am yet to figure out why Facebook would decide to embrace ultimate communication technology, to capture minds and feelings. Although, there could be benefits attached to this superb invention.

However, sources close familiar with the matter disclosed that Facebook is looking to recruit someone with a PhD in neuroscience to work on this “brain-computer interface” project from inception to final product over a two-year period.

In the same vein, the largest social media was also keen to employing a skilled engineer who can “develop audio signal processing algorithms” for a communication and computing platform “of the future.

Although, the thrust behind this venture of reading people’s mind could sound crazy but there are real tendencies that this could actually be accomplished. There are several indications which confirm that the firm is keen to making telepathy a reality.

Mark Zuckerberg, Facebook’s billionaire founder, has previously described telepathy as the “ultimate communication technology” and a way to capture feelings “in its ideal and perfect form”. 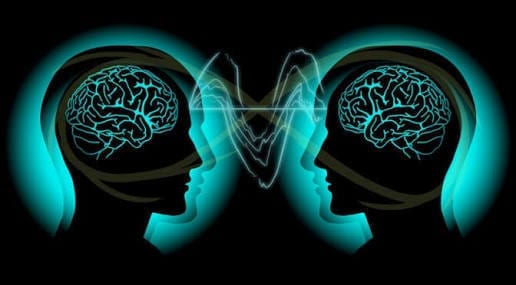 “One day, I believe we’ll be able to send full rich thoughts to each other directly using technology. You’ll just be able to think of something and your friends will immediately be able to experience it too, if you’d like. This would be the ultimate communication technology,” he said in 2015.

Meanehilehe said that the world would move beyond the current vogue, virtual reality, towards even more immersive ways to communicate.

“What I think we’re going to get to… past VR, is a world where more than just being able to capture what’s going on in a scene, I think you’re going to be able to capture a thought, what you’re thinking or feeling, in its kind of ideal and perfect form in your head and be able to share that with the world,” Zuckerberg said.

On telepathy technology, a team of US-led researchers had successfully achieveD brain-to-brain communication between humans from India to France

According to findings, for the first time, scientists have been able to send a simple mental message from one person to another without any contact between the two, thousands of miles apart in India and France.

Research led by experts at Harvard University shows technology can be used to transmit information from one person’s brain to another’s even, as in this case, if they are thousands of miles away.

“It is kind of technological realisation of the dream of telepathy, but it is definitely not magical,” Giulio Ruffini, a theoretical physicist and co-author of the research, told AFP on a call.

“We are using technology to interact electromagnetically with the brain.”