Innovation hubs have multiple important roles to play in the growth and development of Nigeria. I am of the opinion that some hubs are already playing these roles, in spite of the numerous challenges but a lot more still needs to be done.

There is no doubting the fact that, hubs particularly those outside the key cities need all the support they can get. In the last few years, I have had cause to visit innovation hubs in other countries and each time I embarked on such trip, I have always been fascinated by the kind of support they received from various quarters. 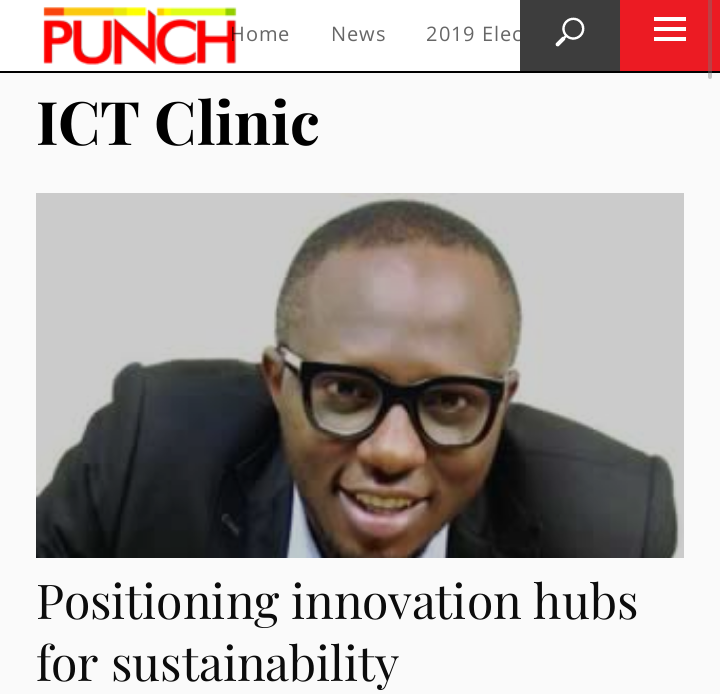 This is partly why I have remained passionate in clamouring for interested hubs to come together under one umbrella, so as to brainstorm on issues affecting them.

Well, I am happy to state that this became a reality when hub owners from across the country gathered at Impact Hub, Lagos to brainstorm on the opportunities, challenges and the way forward as a group. This journey started in 2018, during the AfriLabs annual gathering, which was held in Dar-es-Salem, Tanzania. I remember that I started asking Nigerian hub representatives in that meeting, why it is difficult getting local hubs under one roof to network, collaborate, brainstorm and, even, exchange ideas. Well, one good thing that came out of that meeting was the creation of a WhatsApp group called ‘Hub Owners Village’, which is made up of over 70 hubs located in various parts of the country.

How founders can protect their brands online [ICT Clinic]

These conversations were once again ignited during Start-up Weekend, which held at Innovation Growth Hub, Aba. To cut a long story short, last week various hub representatives spent an entire day having conversations around job creation, entrepreneurship, innovation, social impact, culture, education and many more. It was a day of brainstorming, facilitated by the President of Africa Business Angels Network, Tomi Davies, and supported by other sub-group leads as well as yours truly. That gathering has given me more hope that a lot is indeed possible because a more stable and sustainable hub ecosystem will lead to the birthing of more healthy start-ups, which will, ultimately, impact on our economy positively.

Speaking at the event, Davies shared the POEM framework to serve as a guide for hub owners who have to deal with start-ups. He pointed out that, “in the start-up ecosystem, one must belong in the bracket of either a techpreneur, hub or an angel investor. The innovation hub provides the enabling environment, while the angel investor comes into play when the start-up, through the innovation hub, has demonstrated enough traction to scale.”

POEM is an acronym that comprehensively describes your business vision and can be used to do so throughout the start-up business life cycle, from ideation to the first institutional investment.

It means Proposition, Organisation, Economics, and Milestones, each of which adds a piece to the story of a start-up put together and describing it at any point in time. The framework presents strategic guidance for execution by ensuring that critical information is given consideration while leaving its users with the freedom to determine the level of detail required for each peculiar situation, be it operations, marketing or soliciting for funds.

Moving on, one of the issues that came up repeatedly during the gathering is that of standardisation. For example, what is a hub? Is the hub engaged in incubating or — Finish Reading on the Punch