by Nike Abati
in Women Tech

Few stories are as touching as one that features a strong character who, despite all odds, comes out triumphantly.

It even gets more inspiring if the said character is a female who pulls herself up from a less than desirable circumstance to become a living success story in the process.

Delphine Nyaboke is one of those resilient women making a name for themselves within the African tech space. In an interview with techbuild.africa, she delves into her experiences and how they helped shape her into an empathetic Software Engineer.

In an age where women’s representation in technology matters, Delphine demonstrates a strong desire to help other young women, particularly those in underprivileged communities, to build a future in tech.

The need to support Gender Equality in the Tech Industry

Can you tell me about yourself?

I was raised in a slum with my mom. It’s the Kibera slum, one of the largest slums in Africa. There I was, trying to move my way up out of the vicious cycle of poverty. One either needs education or talent to break free from that cycle of living under $1 per day.

I went to secondary school but didn’t make it straight to the university. So, I went to an institute where I did my diploma in Electrical Engineering, worked for three years, and then realized that I wasn’t going anywhere without a degree.

I knew I had to go back to school. Then, around 2016, I enrolled at Jomo Kenyatta University of Agriculture and Technology where I started pursuing a Bachelor of Science in Electrical and Electronics Engineering. 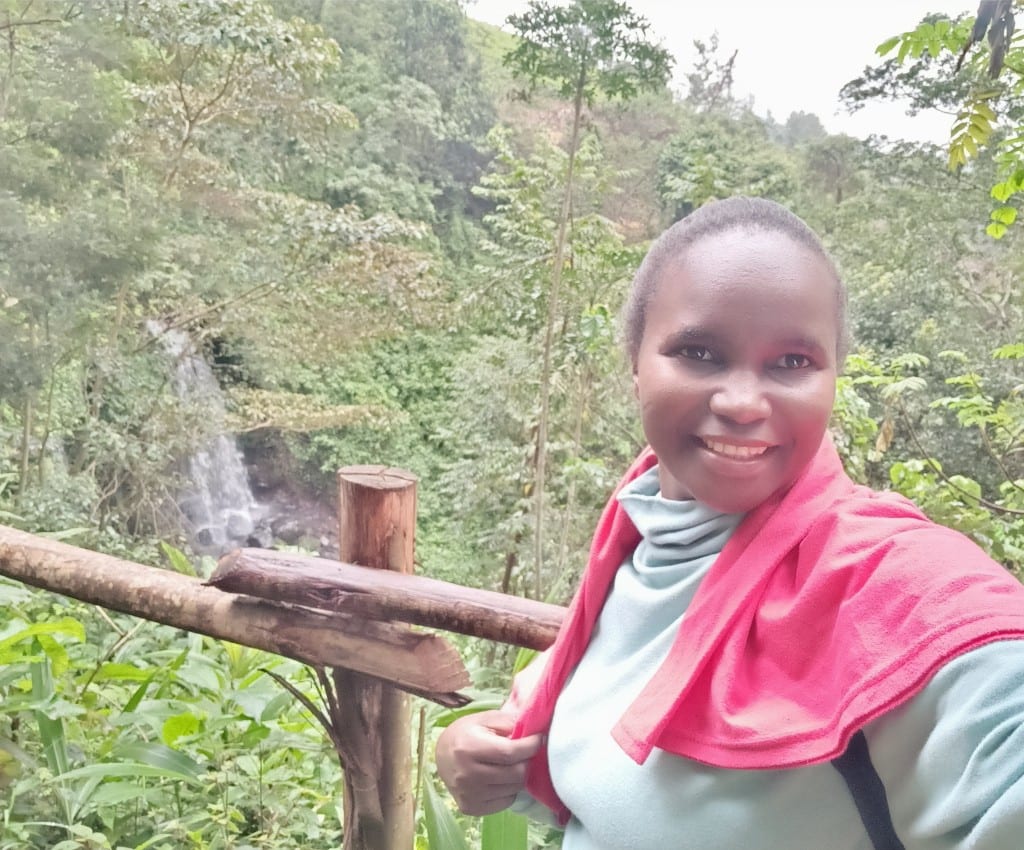 How did you venture into tech?

Tech has always fascinated me at every point. In secondary, I was one of the few girls who took three sciences, and everybody was like, “No, you have to do biology only. And I’m like, “Physics and Chemistry are compulsory”. Even back then, I really loved Maths.

It’s one of those interesting subjects I always wanted to do over and over again. I could be there for hours just trying to figure out things like Calculus or Partial Differential Equation. I actually knew that would be my path.

I decided to pursue Electrical Engineering because I wanted to see people from underprivileged communities get electricity because there are still places without electricity in Kenya.

What do you do at Sendy Limited, Kenya?

I’m a junior software engineer at Sendy, Kenya. My role is to see review the products and work on making existing and new products generate more revenue for the company using emerging technologies like AI, Machine Learning, Data Analytics.

As a woman in a male-dominated field of engineering, have there been challenges along your journey?

Right from school, I already had four years of preparation for what the job market would look like. For example, in a class of 120 students, we were only 20 ladies and from that point on, I saw that representation was really low. The reality is that only a few ladies get into tech, with even fewer venturing into Engineering.

What has always supported me is tech communities like Women in STEM, Women in Machine Learning, and AnitaB.org, a global organization for women technologists that also holds the famous Grace Hopper celebration. These are some of the places where women can go to vent.

How are you helping slum kids to embrace STEM?

Having realized that there are many from poor backgrounds like me or even poorer, I started volunteering to help them find an easy way to get out of poverty, especially the girls. I joined the Technovation Challenge and other STEM-related organizations. I also got involved in teaching high school students to code or learn Scratch or design thinking.
Somehow, I created a name for myself and in 2019, I got an internship at Global Minimum Inc where we invited more slum kids in Kenya to participate in competitions.

What are your achievements so far?


Yeah, so far I am a proud graduate of Electrical Engineering. I’m a 2021 Women Techsters Fellow.

I’m in some of the mentorship programs in Kenya where I get to train girls in high schools on how to code and use design thinking, Java, Scratch, and the rest.

I am a Scratch reviewer and translator. We’re trying to translate Scratch to English then later translate to Swahili. That way, people don’t have to be forced to learn English when they can at least code in Swahili. In the future, we hope to translate it to our local languages so that it’s more accessible to everyone else.

I belong to the Milton Keynes Artificial Intelligence group (MKAI). It’s a UK group where people from all walks of life that identify with AI or use AI in their workplaces converge.

Interestingly, it’s a platform where you meet lawyers, doctors, and even musicians using artificial intelligence.

So, I want to create a niche for myself and to be the next leader in energy, leveraging AI for an actual application.

You mentioned earlier that there needs to be more representation of women in tech. So, what are some things people and organizations could do to balance this?

I believe this should start with parents. They should stop telling their kids that tech is a guy’s work or that science is a boy’s subject. If the girl child wants to take the radio apart and put it together, let her. If it’s an expensive radio go buy a lesser expensive one for her to take apart because you might have a radio engineer right there.

If they want to explore things and shoot things into space. Let them, as long as it’s not harming people and livestock. That child might be a future aerospace engineer.

Constantly hearing from their parents, educators, and religious leaders that they can’t pursue certain careers sort of condition them to follow the norm, which we do not want.

We need outliers, we need people to think out of the box. Organizations, I would say, should give more passes to people who want to get into tech. They can create more opportunities like hackathons specifically targeted at primary and secondary school girls who want to get into STEM.

They need to be given an opportunity to participate in science competitions, knowing that it is a career path that is open to everyone.

What are your favorite work tools?

In my role as a junior software engineer, I mostly deal with machine learning. Some of my tools are VS Code and Jupyter Notebook. I also love to use Gits and GitHub.

Sometimes, I take online courses that touch on Data Analytics, Machine Learning, Neural Networks, Deep Learning, and AI. I love to learn new concepts as long as they are relevant to me at that particular point.

As a female, once you’ve already put yourself through the door, it’s harder to keep proving that you’re worth the position. You have to do extra things to be considered as good as your male counterparts. So, I’m consistently learning and improving myself.

What would be your message to young females trying to get into tech?

I would say go for it. Stop telling yourself you can’t, you’ve made it this far. This fourth industrial revolution is no joke. The World Economic Forum projects that in the next few years, we’ll lose about 15 to 30 million jobs because of automation. If you realize that you have to do a career change, please do.

There are big communities that support learning, so shout out to them. There are free online courses and women groups as well as male allies that are ready to help you to scale, take advantage.

Don’t fear rejection. Apply for positions you are remotely qualified for and even if get regret mails, take useful feedback and go work on yourself. It’s like a badge of honor.

Are you a woman in tech seeking an opportunity to get featured, shoot us a mail [email protected]