Blackberry Fall: How Does it Affect Nigerian Smartphone Market?

The projection that Blackberry would increase its market in Nigeria and other parts of Africa by about 166 percent in another three years seems to have hit the rock. This is going by the recent declaration by the Ontario-Canada based mobile phone company that it will quit phone making business by year end.

GeoPoll and World Wide Worx study had predicted that BlackBerry would grow its market share in Africa, even as smartphone adoption and Internet penetration climb.

BlackBerry’s 166 percent growth projection in the region was to be a sizable increase amount, rising from six per cent to a projected 16 percent almost on a monthly basis. But as it is, those plans and projections are fading away at the speed of light.

In Nigeria and Africa as a whole, BlackBerry introduced most of the populace to the idea of a smartphone, and for the first few years, it was the flagship brand for the category.

Competing for Service – A Customer’s Choice

Experts to discuss ‘Sustainability and Company of the Future’ at AfriTECH 2.0

BlackBerry, whose first device, the 850, was released in 1999, gave the likes of Nokia, Samsung, Motorola and Alcatel a run for their money and it succeeded in pushing them to the back end. 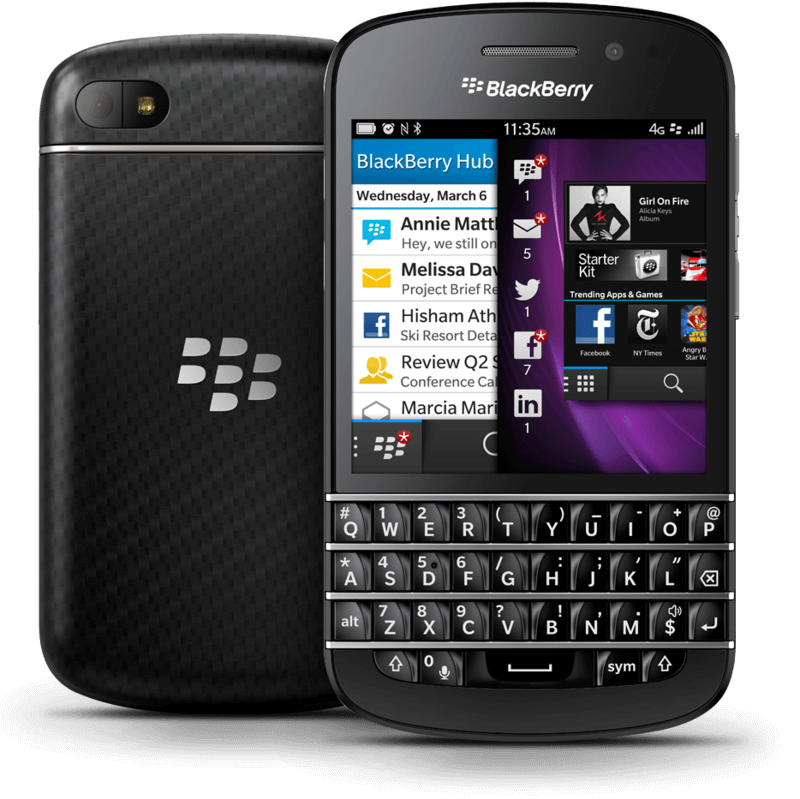 Truly, from an alphanumeric pager to an email machine to smartphones, BlackBerry has had a historic run. Unfortunately, that frenzy has disappeared fast, leaving the Ontario-Canada based firm in its own shadow. This is mainly because while the competition grew over the past six years, Blackberry only never reacted timely or correctly.

Indeed, the Canadian firm that helped pioneer the smartphone market said it would stop making handsets, outsourcing production to an Indonesian partner.

BlackBerry explained that handsets with the BlackBerry name would be produced under license by PT Ti phone Mobile Indonesia Tbk, allowing the Canadian firm to concentrate on software and services.

As the market shifted, BlackBerry has sought to refocus on software, including security applications, and the latest announcement takes the company out of the handset market entirely.
“We are reaching an inflection point with our strategy. Our financial foundation is strong, and our pivot to software is taking hold,” said Chief Executive, John Chen, pointing to a doubling of software revenue in the last fiscal year.

“The company plans to end all internal hardware development and will outsource that function to partners. This allows us to reduce capital requirements and enhance return on invested capital.”

The beginning of the fall

The question in the mouth of analysts across the globe is that how could a company so ahead of the smartphone and mobile broadband curve fail to maintain its place in the market less than a decade and be prepared to sell itself for just $4.7 billion in 2013, after being valued at over $40 billion in 2007?

In fact, the International Data Corporation (IDC) noted that over the past three years, the company’s market share in North America plunged from about 70 percent to a little 5 percent.

Worse still, its unique identity, the BBM, believed to have given it a far edge over the competition, including iPhone, Samsung among others became available at will on every Android platform and iPhone after agreements. 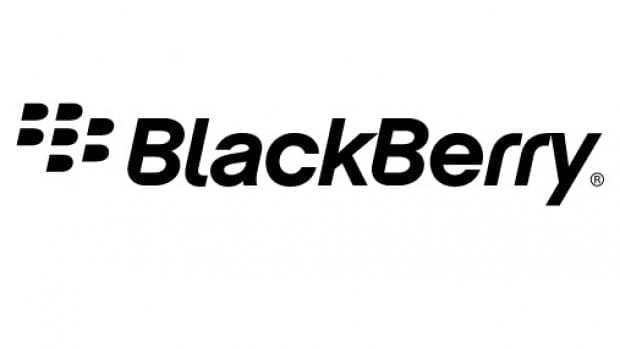 At launch, which is almost a decade now, the Canadian brand became the toast of many consumers in Europe and Africa, because of its uniqueness through its BBM mobile social network that was then exclusive to Blackberry.
Young boys and girls, including businessmen and women, fell in Love with the phone for that singular reason that its BBM allows users to chat on the BBM platform free of charge.

Many users in Nigeria, especially the female folks, became engrossed to the social platform as they talk all day and night, communicating, via what became popularly known as ‘pinging’ with their loved ones.

That was the climax of the popularity of Blackberry smartphones because no other phone manufacturer had such platform on their mobile devices.

But gradually, the company’s revenue began to drop, as sales fell, especially, in Europe. Having failed to resuscitate its market share in Europe at the time of its challenge, the mobile phone company shifted focus to Africa, which has about 781 million mobile subscriptions.

Reports had it that for some time, its revenue generation was still stable in Africa. But because of its efforts and inability to innovate, the company began to face the same challenge in the African market, a situation that forced it to accept offers from other mobile phone manufacturers, which are willing to buy the ailing brand to revive it.

Blackberry reported a second-quarter loss of nearly $1billion recently, in line with a warning it gave, just days after the smartphone maker accepted its largest shareholder’s tentative $4.7 billion bid to take it over.

Any possible impact on Nigerian market?

Nigeria, being the largest mobile phone market in Africa, according to a telecoms expert, Kehinde Aluko, would be changed. The Guardian gathered that smartphone penetration is currently 30 per cent.

But Aluko, who is based in London, said if not for the current economic downturn, most people would have been forced to buy other more expensive devices, but as the recession bites harder, feature phones can gain more ground. 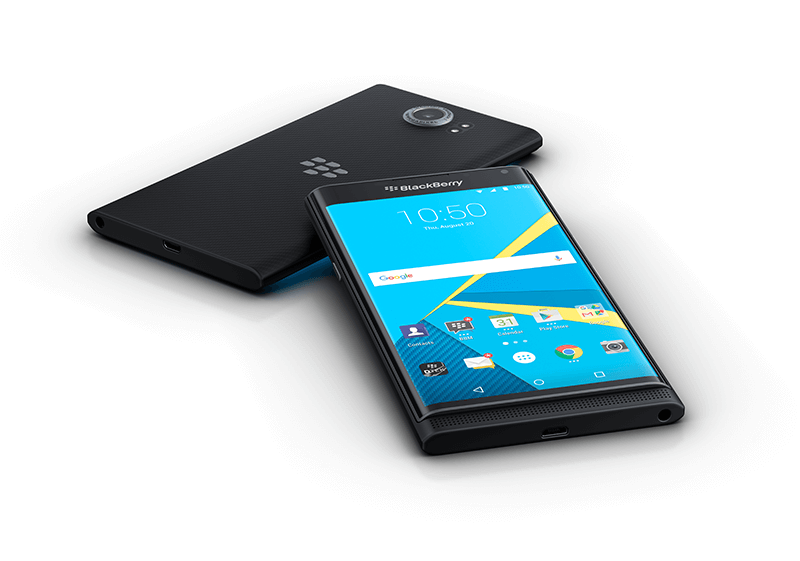 Like Aluko, the President of the Association of Telecoms Companies of Nigeria (ATCON), Olushola Teniola, said BlackBerry had a great potential in Nigeria, but because it failed to innovate with time, it was left behind.
Olushola said there had been a gradual shift from BlackBerry to IOS, Android, stressing that the advantage of BBM has been overtaken by the Over The Top (OTT) players.

Besides, the ATCON president, who said BlackBerry’s technology has become obsolete, stressed that telephone users had shifted loyalty to other brands that can deliver a better value proposition.

While urging Nigeria to be creative, he revealed that developers from China, Taiwan, and South Korea are churning out innovations that are disrupting the ecosystem. “So, it is important for us to think deeply and disrupt the technology landscape too. This is the time Nigeria can also make a bold statement and come with solutions that will solve peoples’ problem.”

A major phone merchant at Computer Village, who craved anonymity, said BlackBerry lost it mostly when the handlers decided to sell its unique identity, the BBM to competitors. “I mean, where is it done in the world that you sell your identity,” he stated.

According to him, BlackBerry in 2004 to 2010 was the best phone ever, with over 40 per cent market share in Nigeria, but because it undermined the power of innovation and was not being futuristic, “allowed other brands to dictate its growth process, which is what it has continued to suffer to the point of quitting phone making business.”

To him, this is a lesson to people who believe they have reached their comfort zone, forgetting that in life is not a bed of roses. “You just must keep walking; I mean moving in this era of technology, especially disruptive ones, especially if you don’t want to be left behind.”

The phone merchant opined that because of the availability of other brands, which can even do more than what BlackBerry had done, there shouldn’t be any problem in the market, not forgetting that the brand will still be in the market because of the stock that had been produced. 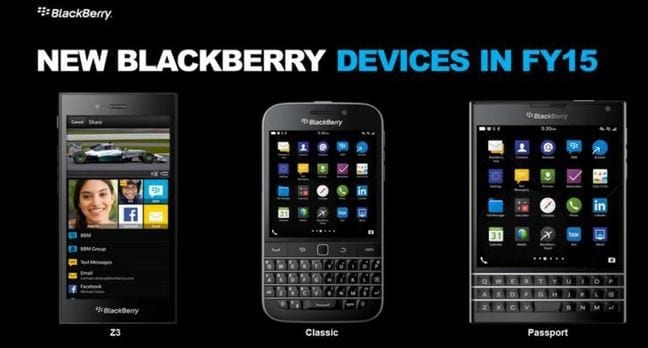 According to him, before BlackBerry would completely go off the market would be around 2019.
Speaking to The Guardian, the Director General, Delta State Innovation Hub, Chris Uwaje, said the issue is a lesson in disguise for Nigeria, stressing that it is not about the hardware, but the applications.

“I think what happened to BlackBerry and what we are seeing is a software disruptive warfare within the mobile ecosystem. The better the software and content, the better the outcome. BlackBerry was a great innovation to the extent that so many other brands also copied it, but it got stuck at a place, not thinking of the future. This is a lesson for us too that as a country we need to develop and come up with disruptive innovation that will make us a producing and not an IT consuming nation.”

A BlackBerry addict, Chika Megbolu, submitted that the mobile phone’s exit from the market would be a great loss, to especially the female folks, who have become attracted to the phone because of some of its functionalities, especially, the BBM.

“It was that BBM, which pioneered the pinging era that brought affection for it. But as it is, life goes on; we hope to see another disruptive technology, who knows; it could be from Nigeria,” she stated.