Founded in 2017, KMT House is an offshoot of District Spaces and it is the first coworking space and business incubator dedicated solely to urban tech in Africa and the Middle East.

Through bringing together innovators who experiment with everything from technology, mapping, urban data, and culture, KMT House aims to inspire a new generation of city makers to make more liveable, smarter cities.

Alongside coworking, KMT House has a versatile event space and offers a plethora of workshops to anyone who’s interested.

These various projects allow the house to maintain a fluid and constructive dynamic, making it easier for people of all shapes and sizes to get involved in a way that suits them.

Women Entrepreneurs are over trained & underfunded, Growth4her wants to change this

Wootlab is Building the Digital Capacity of African Youth

District Spaces as the parent company of KMT House is an inspiring coworking space for game-changing entrepreneurs and freelancers.

With social capital at the core of its operation, District Spaces aims to stimulate its users’ innovation and productivity by giving you the opportunity to collaborate with like-minded individuals. 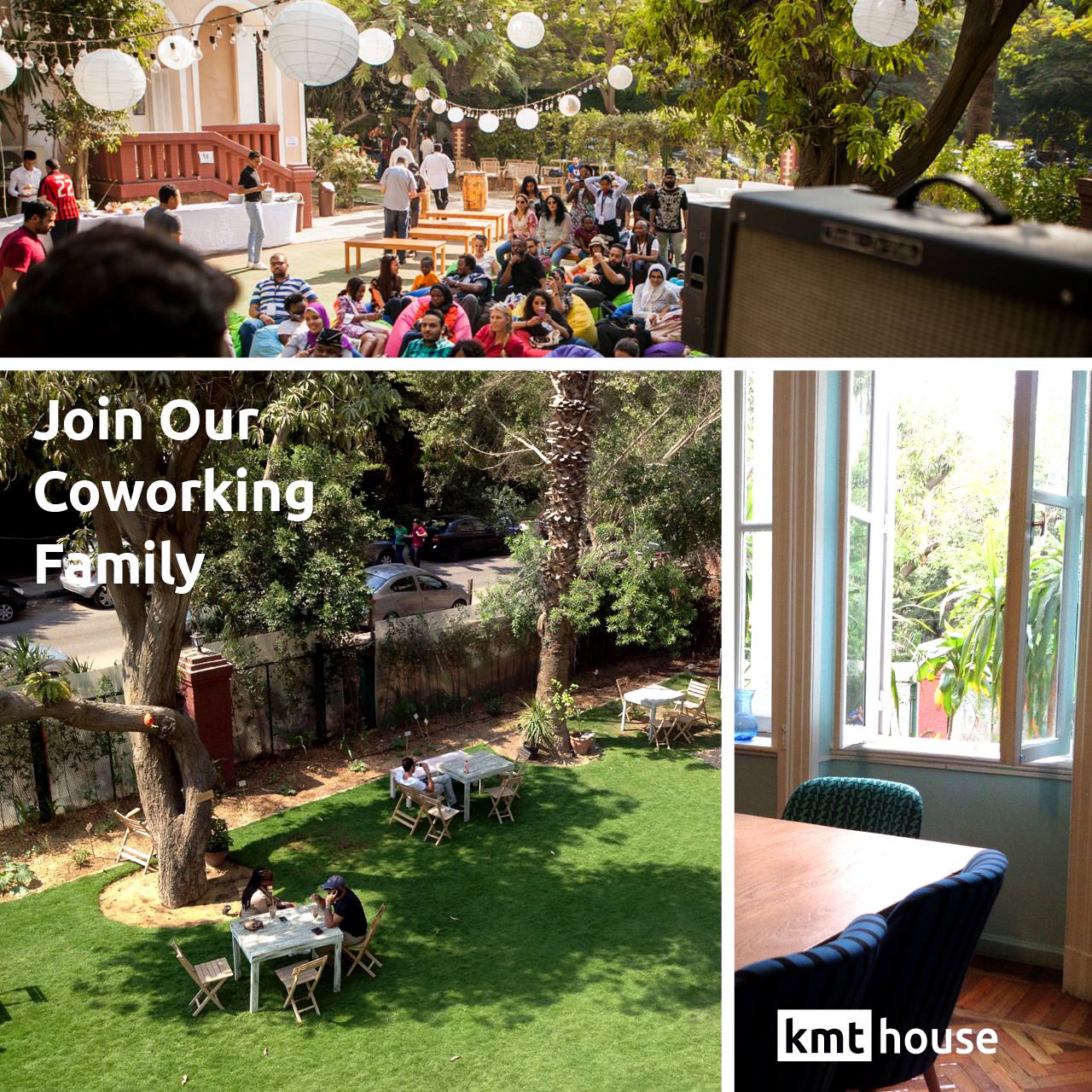 Moetaz the Co-founder of the Cairo-based hub is an Egyptian serial entrepreneur and founder of multiple initiatives told us that in achieving its mission and vision works in close partnership with private and public agencies.

This includes partner agencies from the Egyptian government, the African Union, the European Commission and hundreds of businesses and corporates in Egypt.

Moetaz explained that hubs foster innovation and entrepreneurship in their local communities as they are convenient and safe places for youth, women and many other stakeholders to share their ideas, experiences and knowledge.

Explaining further he said that, hubs are also, they are great places for networking and sharing facilities which help small scale businesses to focus on their innovation and find a different solution to their challenges through the network.

On the state of innovation and entrepreneurship in Egypt, Moetaz said that innovation in Africa happens in both the formal and informal sectors.

The Co-founder further explained that a score of 100 would reflect that the team/country performs inline with the benchmark.

“The benchmark is set by an accumulation of previous participants inputs/decisions in Rollo Business Simulation.

Above 100 reflects superior performance to benchmark, below low 100 indicates less than adequate performance relative to the benchmark.”, he stated

According to Moetaz, Egypt is home to the largest schooling system in the Middle East and North Africa region with more than 21 million students.

Moetaz explained that in 2017, the Ministry of Education launched an education reform agenda to expand access to quality early childhood education.

“The USAID in collaboration with the ministry of education introduced the first 2 STEM schools in Egypt which the Ministry is now taking to scale for the benefit of students in every governorate.“

The STEM system is very well needed for the new generation and can be main or complimentary at the beginning for some schools based on the resources allocated including teachers, materials and funding.

On women’s participation in technology, Moataz commented that their presence in technology-based startups is very limited.

“Inclusion and gender balance can be enhanced by designing a support program that can stimulate it. Meanwhile, governments can provide stimulates packages and financial support for businesses that include women, diaspora, and minorities communities in their company structure.”

In his words, finding the right at the right time with the right budget is not an easy task and entrepreneurs tend to create their own business.

Others prefer to work for corporates in a stable and safe business and the hub needs to find the best fit to mitigate the challenges these startups face.

Nevertheless, KMT House has recorded some milestones, “Recently, we developed Rollo Africa with AfriLabs, African Union, UNDP to help SMEs to test their business strategy in a risk-free and simulated environment.”

According to Moetaz, the business simulation has been very successful and more than 400+ participants have attended the simulation from 5 different countries.

“The simulator worked perfectly for service and product-based companies and helped them to take different decisions in strategy, marketing, operation, sales, and finance and monitor the results and performance compared to other competitors.”

Moetaz explained that the Governments do not really have to assist businesses if they don’t totally understand the real need on the ground.

“They don’t have to be an extra challenge for businesses. Most of the hubs are entrepreneurship enablers organization that worked and hosted hundreds or thousands of SMEs and Startups.”

“I think governments’ role at this stage is mainly to organize the system of enablers without intervention.”, he added.

On AfriLabs’s role, he commented that the network is playing a very important role in bringing hubs from different African countries on board together.

“This is very important to share best practices, knowledge, experiences, and fundraising opportunities.”, he noted

It is worth noting that in 2019, Moetaz was elected as Secretary of the Board of Directors at AfriLabs.

Rollo Africa is a joint project between The African Union, UNDP Africa, and AfriLabs.