The market for used smartphones will grow from 81.3 million devices in 2015 to 222.6 million units in 2020, representing a compound annual growth rate of 22.3%, data from International Data Corporation (IDC) on Worldwide Used Smartphone Forecast, 2016–2020 have shown.

The data say the market for used and refurbished smartphones has witnessed rapid growth over the past several years, thanks to a wide variety of trade-in and buyback programmes across multiple channels and platforms.

“The demand for refurbished smartphones is already becoming constrained in countries such as the US. Mobile operators are the most limited given the need for replacement devices for customers who have purchased device insurance plans. In addition, used handsets provide an additional option for customers with subprime credit making them ineligible for equipment instalment plans. With the average selling price for a used device expected to be $136 in 2020, the total market value for used devices in 2020 will be an estimated $30 billion,” says Anthony Scarsella, Research Manager, IDC’s Mobile Phones Program

The report reveals in the US, most major carriers, retailers, and many online retailers (e-tailers) have implemented some type of trade-in strategy or platform to purchase used devices at a deep discount. These types of programmes have also appeared in Western Europe and Asia over the past three to five years.

NRM is for Affordable Universal Education 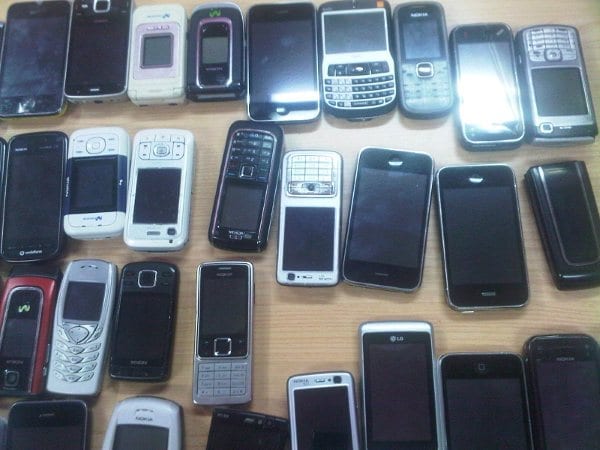 “The used smartphone market will impact OEMs, mobile operators, and component suppliers, thus IDC has committed new resources to help customers understand and plan for this new and potentially disruptive force. Although there is a potential downside to mobile ecosystem suppliers, IDC believes that the used smartphone market also presents new opportunities to grow revenue and increase market share,” said Will Stofega, programme director of Mobile Phones at IDC.

Deloitte Global predicts that by the end of 2016 consumers will sell outright or trade in approximately 120 million used smartphones generating more than $17 billion for their owners, at an average value of $140 per device.

“The amount of sold or traded-in smartphones will likely be about twice that of wearables and 25 times the value of the virtual reality (VR) hardware market. And the growth rate of the used smartphone market is forecast to be four to five times higher than the overall smartphone market,” adds the company.

“With consumers in mature markets upgrading their smartphones every 18 to 20 months, the inevitable question is what happens to the old device?” says Meike Escherich, principal research analyst at Gartner.

“While only 7% of smartphones end up in official recycling programmes, 64% get a second lease of life with 23% being handed down to other users and 41% being traded in or sold privately.”

This rise in smartphone re-use will impact not only the sales of new units but also the revenue streams of all those involved in the smartphone supply chain, adds Escherich.

“Stakeholders that are already participating in take-back or trade-in programmes need to have a strategy for turning used devices into a positive asset. Others – particularly high-end phone original equipment manufacturers (OEMs) – need to take a closer look at this market in order to evaluate the impact these second-hand devices will have on their market positions and revenue streams,” she explains.